Vegan Sushi in Vancouver: What’s on the Menu at Cofu

‘Meat and Potatoes’ at the Crawford Art Gallery in Cork is at the heart of the palatial avenue of The Menu, a major summer exhibition which runs until November 6 and brings together works by historical and contemporary artists with food like main source of inspiration.

Ranging from still life to video works to installations, the exhibition comes with an extensive program of accompanying events and, much more than a series of ‘pretty plates’, focuses on politics , the social and historical concerns and issues, both local and global, that have shaped food perspectives over the past four centuries, with particular emphasis on the staple foods of the Irish table – meat, potatoes earth and bread.

Visitors to the Crawford can enjoy talks, tours and access to events, including growing potatoes in partnership with Cork Rooftop Farm, and Dr Ella Hawkins (ellahawkins.com) creating some of her stunning works of art. cookie art during a brief residency (July 16-18) and Bubble and Squeak (July 17-24), a week-long animation camp.

Salt of the Earth is a pair of pop-up dinners (August 5 and 6) taking place in Limerick and combining the talents of two innovative personalities from the world of Irish cuisine. Chef Caomhán de Brí, owner of The Salt Project, currently a food truck (featured in RTÉ’s Battle of the Food Trucks) and soon to be a bricks-and-mortar venue in Co Sligo, is teaming up with producer Kevin Wallace, the founder of New Leaf Urban Farmers, in Ballyneety, Co Limerick, to deliver a hyper-local menu featuring Kevin’s superb seasonal produce to be served as a long dining experience at a polytunnel on Kevin’s farm.

Ingredients freshly picked that morning will be cooked a stone’s throw from where they were grown, with produce from New Leaf Urban Farm complemented by a host of other fine local produce in a menu favourite, chicken breast. rare breed pig from Caroline Rigney. Ticket price includes assorted wines and craft beers.

More from The Organic Centre, Co Leitrim, as Stephen Campbell offers a Growing/Gardening course (July 23) on different methods of increasing plants (including food production) in your garden affordably, covering the practical techniques of cuttings, division, layering, as well as the correct watering technique and the different growing media.

Get a high from Azouro

Menu recently took to the terrace of his Leeside palace for an evening of alfresco dining in the weather courtesy of the altitude of the Azores, fitting for his banquet was a splendid Hibernian culinary alliance -Portuguese, combining fresh, local Irish produce, with a ‘care package’ of products, from Portugal-based Irish company Azouro.

Azouro is a specialist food company established by Irishman Stephen Firth and his wife, Rachel, in 2013. Having lived between Ireland and Portugal for over 20 years, and with Rachel’s experience in food supply top range, they got to know the superb local and regional producers and made the decision to develop their own wonderfully delivered Azouro brand, selling top quality sardines and mackerel, as well as EVOO (olive oil extra virgin) and equally high olives.

Both Negrinha do Douro and Galega are excellent olives, carefully preserved in a balanced brine, the former savory and meaty with a nice buzz of garlic while the latter is velvety, nutty and sweet – just the ticket to kickstart gastric juices.

Along with fresh produce from Food For Humans, including thin salad leaves, raw sugar split peas and grilled zucchini, as well as homemade beetroot mayonnaise from The Menu, he added cans of canned Azouro fish. Premium skinless, boneless mackerel fillets are preserved in organic lemon thyme EVOO, resulting in a firm, meaty mouthfeel with elegant flavor, while the sardines are even more sublime; yet top quality fish, also skinless and boneless, also marinated in organic EVOO, and sitting on a bed of sea lettuce and bladderwrack, the oil acting as an intermediary in a blessed and delicate union between the Marine umami from the sea in oil plants and fish absolutely delicious.

Le Menu slathered it on a toasted slice of its sourdough bread and drizzled it with a bolshie Picpoul de Pinet. If you equate canned sardines with penance and scarcity, then this is precisely the class of product to stop that delusional thought forever; the Azuroro version is now on The Menu’s list of foods to feature prominently on its Last Supper/Death Row dinner, a list that is admittedly now bigger than the Bible and in the spirit of The Menu, even more sacred .

Meanwhile, over the salad and the grilled zucchini, he poured generous amounts of a quite extraordinary EVOO, produced in the Trás-os-Montes PDO region in the Douro Valley, according to strict PDO criteria. On the nose it has an intense herbaceous chlorophyll with a slight saline umami that is almost akin to fish eggs and on the palate it is balanced, nutty and fruity, with a hint of pepper in the heel and a soft, elegant finish.

Do yourself a favour, says The Menu, and order a ‘picnic in the post’ from Sheridans online or drop by one of the more discerning Irish outlets now selling the Azouro range. 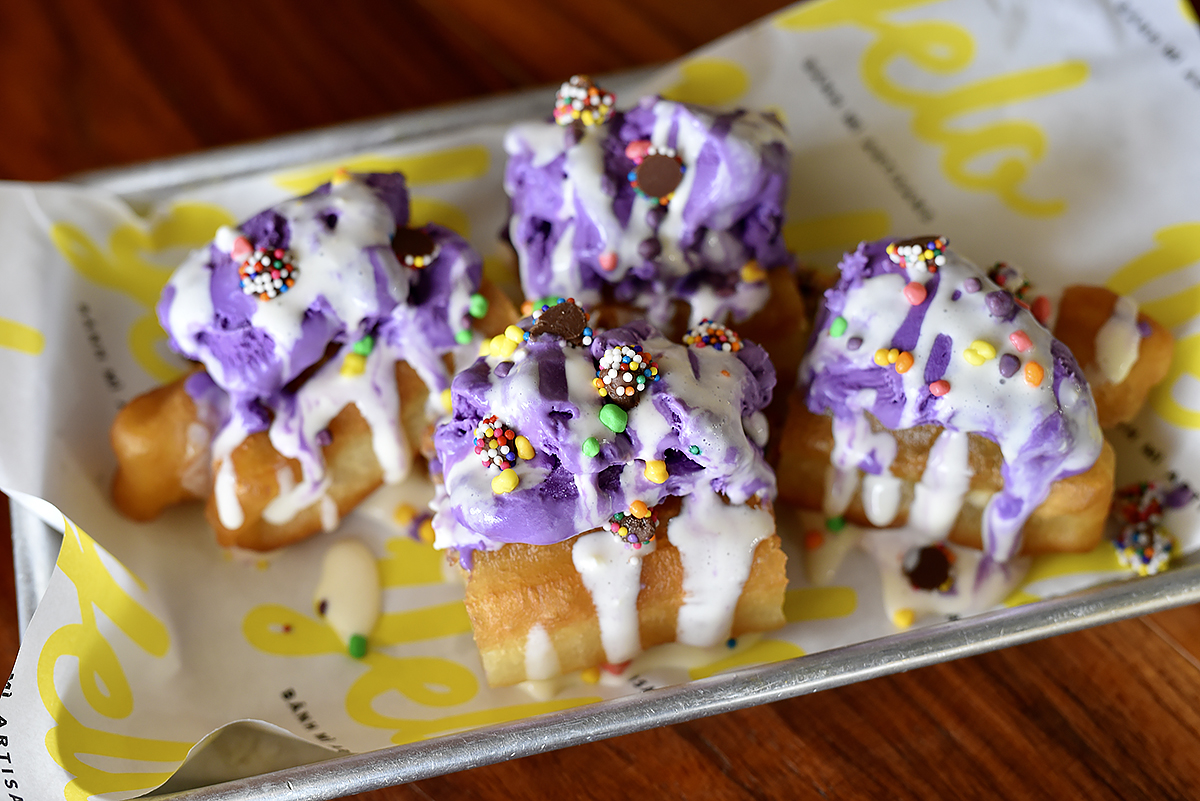 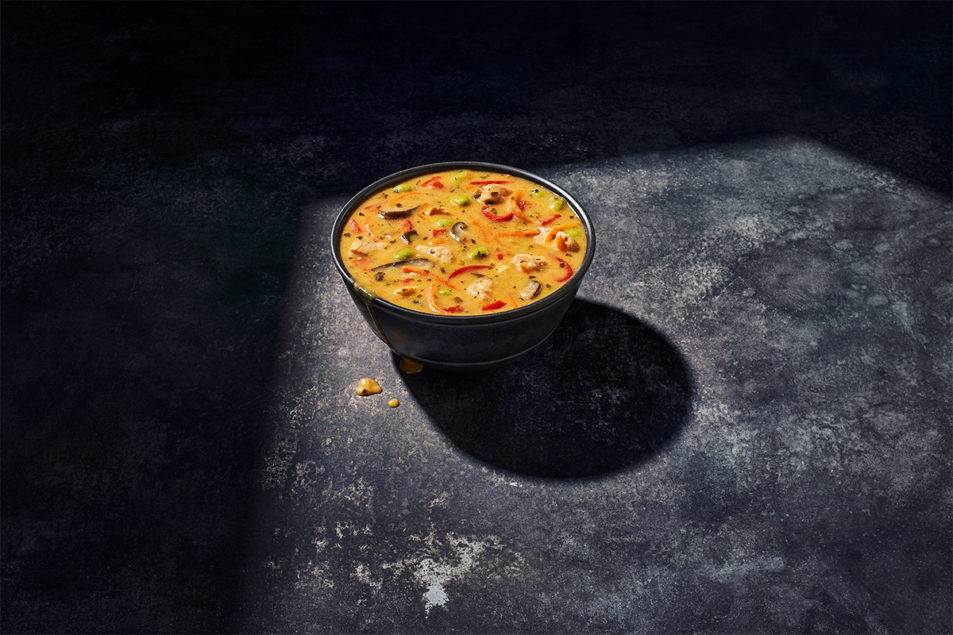 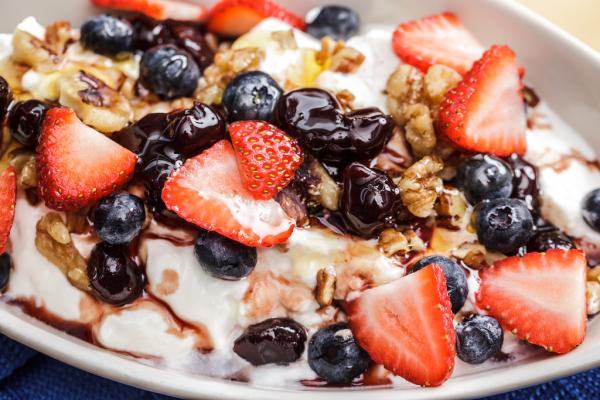